Photo “Light Night” taken 9/28/10 by amanda tipton. Made available at Flickr.com under an Attribution-NonCommercial-NoDerivs 2.0 Generic license.

“They’re all empty,” Dan said looking down into the chest.

Dust particles swirled in the sunrays that shone through the dusty panes of the attic windows. The place looked like a thrift store and an antique shop had gotten married and taken up residence there. Aunt Maud had insisted on bringing him up to look at her “treasures”. Dan had protested. He was sure she’d never be able to make it up the ladder. He’d stood below, telling her not to be unreasonable and expecting every moment to have to catch the thin-boned mass of blue chiffon and bobby pins.

Somehow she’d made it up and he was forced to follow after her. The moment he’d popped up into the attic, he started sneezing at the smell of mothballs, cedar, and mildew. He had to utilize his inhaler twice before Aunt Maud found what she was looking for.

Now he stood staring down into a chest full of empty Mason jars.

“They are not empty,” Aunt Maud retorted. “I’ll show you.”

She reached down into the chest and pulled out one of the jars. “Now let’s see here.” She tilted her head and squinted to read the label through her thick bifocals. “Ah, yes. Now look here. This is the mission trip Casper and I took to Nepal back in ’62.”

Dan took the jar and stared at it for a moment. There was absolutely nothing inside. He gave Aunt Maud a sideways glance and wondered when she’d gotten so bad. She’d always been eccentric and her memory had been slipping, but this? This was a startling digression. How long had she been keeping a chest full of empty jars in her attic? And what on earth did she expect him to see inside them?

Aunt Maud smiled. “Yes, those were good times. You know the poverty and hunger there was rampant, but the people were so friendly and so grateful for every little thing we gave them. That’s where I learned gratitude.”

Aunt Maud took the jar and replaced it in the chest, coming up with another. “And this…this was my eighteenth birthday. My beau, at the time, had proposed marriage the previous night. (Richard Prior was his name—handsome as all get out, but he was always sort of a bad egg.) Well, when Daddy found out, he said to me, ‘Maudie, whether or not you marry Richard Prior is up to you, but I want you to understand something. You’re a beautiful, intelligent, invaluable, one-of-a-kind young woman and the man you marry should have a good understanding of that fact and treat you accordingly. You don’t have to settle for anything less just to catch yourself a husband. You deserve better than that. You deserve the best.’ I met Casper two years later and he was the best; he was the love of my life.” she paused before continuing. “But see, that was when I learned self-respect and also—well, like the old saying goes, ‘Not all that glitters is gold.’”

She went in for another jar. “Now this was when Casper and I were having lean times. We’d only been married a year and he lost his job. Everything seemed to spiral out of control and we hardly had a nickel to our name, but through it all we found ways to get by and our friends and family showed us such wonderful love and support. It was then that Casper and I both learned that happiness doesn’t have to depend on your circumstances and all the money in the world can’t buy you the things that really matter.”

Dan smiled as understanding dawned. “These are memory jars.”

“Well, in a way. I like to think of them as blessing jars, sort of my…hidden treasures. See, life is full of lessons and, if you look close and keep your heart open to see the things the Lord wants to show you, then you’ll never want for blessings.”

Aunt Maud chuckled. “So Aunt Maud’s not so crazy after all, eh?”

Dan laughed and looked down at the knotty floorboards in embarrassment.

Aunt Maud smiled and gave him a pat on the arm. “The world’s brimming with hidden treasures, Dan. Don’t ever forget to keep looking for them because those are the things you build a meaningful life with.”

One thought on “Hidden Treasures” 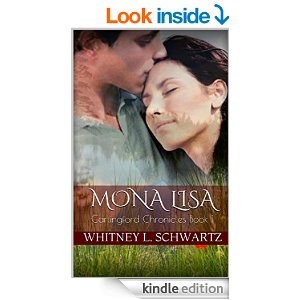