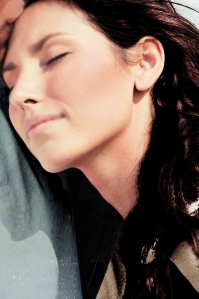 The release date of my novella Mona Lisa is one month away! Can you believe it? In honor of the occasion here’s a sneak peek into the life of my heroine Mona.

Mona Lisa McLeod (Mah-cloud) is twenty years old. She was born on the eighth of March, 1780 and grew up in the small seaside town of Carlingford on the Northeastern coast of Ireland.

Mona’s father Declan died from tuberculosis when she was only nine and her mother passed away from pneumonia six years later. This left Mona to take over the care of the house and her five brothers at the tender age of fifteen.

The McLeod’s, like most of the other residents of Carlingford are a poor, hard-working family. Life wasn’t easy for Mona having to take over the majority of the responsibilities of the small farm while her brothers went to work at the mines, but her strength and faith helped her, not only carry on, but flourish.

Mona is well-known in Carlingford for her industriousness and excellent cooking skills.

With her beauty and valuable skills combined with her wit and fiery personality, many of the single men in Carlingford would have been more than happy to take Mona for their wife. However, Mona will only marry for love and no man, as of yet, has inspired that emotion in her heart.

There’s one man in particular who stirs up her emotions, but love certainly isn’t one of them…at least not at first. Brogan Shay infuriates her more than any man she’s ever known. The fact that he’s a Shay doesn’t help matters any. The McLeod’s and the Shay’s have been feuding for over a hundred years and the ill will between the families shows no signs of diminishing any time soon. The families are as divided now as they ever were.

That is, until Mona and Brogan begin to feel something other than animosity toward each other. Before they know it, they’ve fallen in love and find themselves in a secret romance, but they’re fighting an uphill battle. The feud between their families threatens to tear them apart and life-threatening dangers put, not only their love, but their very lives on the line.

Will their love be iced over by a hundred year feud? And will they survive the unforeseen disasters that leave their lives hanging in the balance?

Find out what happens: http://www.amazon.com/Mona-Lisa-Carlingford-Chronicles-Book-ebook/dp/B00OH1V65Q/