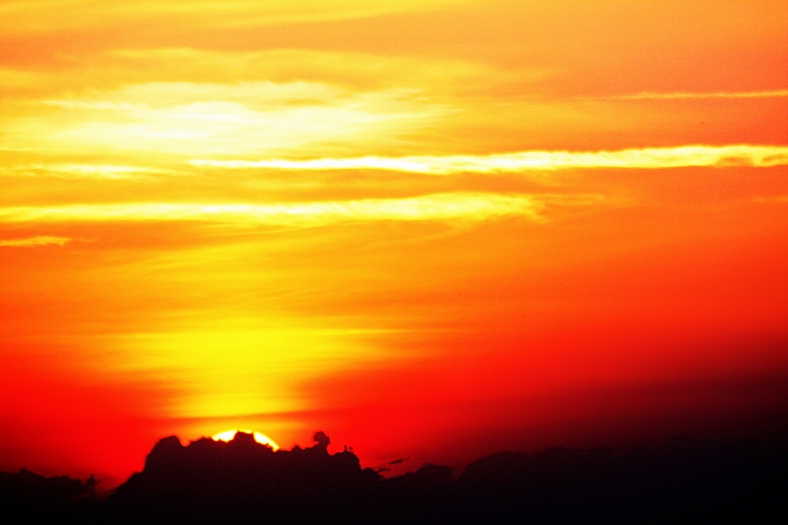 The headlights glared through the rain. The trucker blasted his horn. Carter tried to swerve back into the right lane, but the bike laid down and slid across the wet, cliff-side road. The truck roared past him. The bike plummeted off the ledge and Carter followed it. Helpless to stop his descent, he plunged into the darkness of the canyon below. It was four hundred feet to the bottom. He knew he’d be dead on impact. His arms flailed, vainly trying to grab hold of something—anything. Then he crashed into a solid pack of earth. He felt like he’d just been struck by a subway. It knocked his breath out. He felt the crack of pain in his ribs. He couldn’t breathe and panic flooded his mind. He gasped and a cool rush of oxygen filled his lungs.

He inhaled a deep breath and pain shot through his body, stabbing at his side, his chest. He forced himself to breathe through the pain and tried to collect his thoughts.

He was alive. How was he alive? There was no way a person could survive a four hundred foot fall.

Rolling over onto his back, the pain screamed up his torso and through his arm, his knee throbbed and so did his head. He let out a yell that died in the rain.

He closed his eyes and fought to catch his breath. Cold raindrops pelted his leather jacket, trickled down his face into his hairline, clung to his eyelashes. The right side of his forehead and face stung. He tried to lift his right arm, but couldn’t. He brought his left hand to his face and found blood on his fingers when he pulled it away.

He glanced up and saw the ledge about fifty feet above him. Turning his head to the side, he saw that he’d landed on some kind of an outcropping of rock.

So he wasn’t at the bottom.

He was still alive.

But what now? He was stuck.

Where was that truck driver? Did the guy really just watch him fall off a cliff and keep on going?

He reached for his cell phone and pulled it out with trembling fingers, only to discover that his battery was dead. He groaned and tossed it away.

He closed his eyes and lay listening to the silence broken only by the droplets of rain falling upon the earth.

Was this the end? Would he die here?

He could hear his mother’s voice warning him to be more careful on this road. He’d always laughed it off. He was young. He had his whole life in front of him. Nothing was going to happen to him.

His mind flashed back to the argument he’d had with his brother that night. The harsh words he’d shot back at him stabbed at his heart. He and Luke disagreed about a lot, but his older brother was usually right, trying to get Carter to be sensible. Luke had always tried to look out for him, but Carter never took the safe route. Always reckless, always looking for a good time, never wavering at danger.

Luke’s words reverberated in his mind.

“You’re not invincible, Carter! One of these days you’re going to realize that…I just hope it isn’t too late.”

What was the matter with him? Why couldn’t he just listen to the people who were trying to look out for him? He always thought he knew better than everyone. Well, look where he was now.

Was it too late?

Carter’s eyes flew open at the sound of a car.

He saw the headlights above.

“Help!” he screamed, trying to lift himself up on his elbows.

The car whizzed by and disappeared around the corner.

Carter fell back onto the ground and moaned.

Was he really praying? He hadn’t been to church for years. He couldn’t even remember the last time he’d prayed. He’d left his childhood faith behind a long time ago. Why would God help him now?

He recalled something his father told him a few months back.

“God loves you, Carter; He always has and He always will. If God seems far away…it’s not Him that left, but no matter how far away we stray, He’s still holding out His arms for us to come back. It breaks His heart when His children reject Him, but they’re still His children and He still loves them, still yearns for them to come home where they belong. Sometimes He uses little things to guide them back to where they need to be. Sometimes it takes something bigger. Sometimes…sometimes they never come back at all. I just don’t want you to learn the hard way, Carter.”

Well, he seemed to have made a career out of learning the hard way…and it may have cost him his life.

When he opened his eyes again, the rain had stopped and the sky was growing lighter with the rising sun.

He heard another car, but he didn’t bother calling out. He was too weak anyway. He shivered and closed his eyes as the sound of the engine died.

His eyes flew open at the sound of his brother’s voice.

He saw Luke’s face appear over the edge. “Hang on, I’m calling an ambulance!”

Within half an hour, paramedics had him on a gurney and Luke came to stand beside him.

Luke shook his head. “I don’t know. I couldn’t sleep all last night. Something kept telling me you were in trouble. I think God led me here.”

Carter nodded. “I know he did.”

He smiled and watched dawn break in a glorious unfolding of light in the east.

10 thoughts on “When Dawn Breaks”