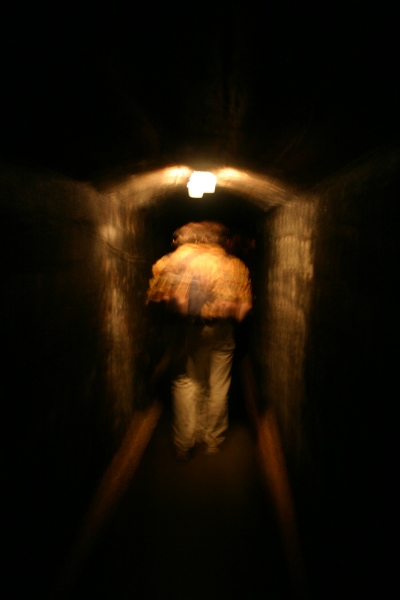 The blast had damaged his spinal cord in the lower thoracic and upper lumbar regions. It left him paralyzed from the waist down. The doctor said the injury was complete.

When he closed his eyes, he was back in Fallujah, back in the heat of the fighting, back in the conflagration of death and destruction, back in a living hell.

“There’s a reason for everything, Jake. We just have to have faith that God will bring us through and use our circumstances for His glory.” His brother Matt sat by his bedside trying to help him make sense out of his shattered life.

“Don’t talk to me about faith.” Jake spit out in a savage whisper.

“I’d rather be dead than spend the rest of my life like this!”

“So what, you think now that you can’t walk, your life suddenly has no meaning? There’s more to life than walking, Jake. Every life has meaning and every circumstance has a purpose.”

Matt shook his head, eyes glistening with unshed tears. “No, it’s not.”

Jake swallowed hard and looked away.

“Jake, I know you feel like God’s abandoned you,” Matt said, “but he hasn’t. You have to believe that. The moment you throw away your faith, that’s the moment you lose your hope and your purpose. It’s easy to let faith carry us through the easy times. It gets a lot tougher when hard times come, but those are the times when we have to hold on to it the hardest. Faith is the only thing that can carry us through. Faith is the only thing that can give us true hope. Satan wants to keep us from that. He’ll do everything in his power to make us think it’s hopeless, that our faith is useless. He’s trying right now, but you can’t let him win, Jake. Now is the time you have to walk by faith.”

Jake continued staring up at the ceiling tiles. Matt left for the night and Jake found himself alone with his demons. It was a long night, but he finally came to the decision that Matt was right.

Okay, Lord…I don’t know what your will is in this…but I know I’d rather walk this path with you than without you.

When he woke up to the morning light, a passage of scripture was running through his mind.

“all things are possible to him who believes.”

He couldn’t explain where it came from, but he had a certainty somewhere deep within his heart that he would walk again.

The doctor assured him it was impossible and reaffirmed his diagnosis.

When he left, Jake turned to Matt. “Get me crutches.”

Without the ability to control his legs, he had to completely support himself by his arms. Matt kept him from falling more than once.

The physical therapist agreed with the doctor.

But he went ahead with the therapy. Matt kept him from giving up more than once.

Struggling to move down the parallel rehabilitation bars after many long, hard months, he sent desperate prayers heavenward and the words replayed in his mind.

“all things are possible to him who believes.”

And he took his first step.

The doctor couldn’t explain it. By all rules of medicine he should never have walked again.

He looked the doctor straight in the eye. “All things are possible to him who believes.”

The doctor looked at him strangely. “What?”

“‘I can do all things through Christ, who strengthens me.’” Jake answered. “That’s why I can walk.”

He could walk now…both physically and by faith.

5 thoughts on “Walking by Faith”